Third workshop of the eco-industrial parks network in Forssa 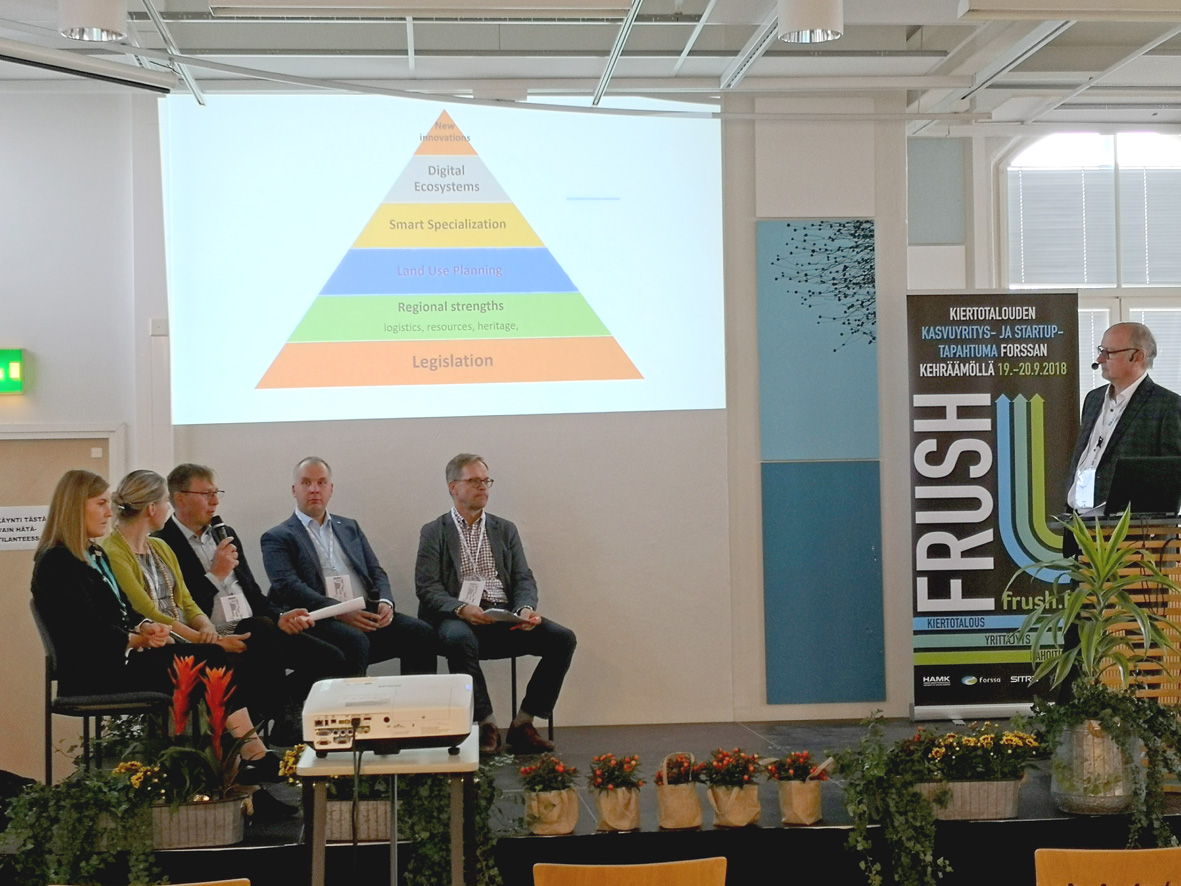 Last Thursday, a host of national industrial circular economy professionals gathered for the third workshop of the eco-industrial parks network held in Forssa. Here are some of the highlights of the workshop from a local perspective.

Tarja Heikkilä, Managing Director of Jospak Oy, gave a presentation about the operations of the Forssa-based company. Jospak has developed an environmentally-friendly fibre-based tray packaging solution for the food industry. The company was established in 2014 and is now moving from the pilot phase to commercialisation and industrial production.

Jospak wants to combine the best properties of corrugated cardboard and plastics. The company strives to reduce the use of plastics but does not want to completely exclude them from the product. Heikkilä emphasised the key importance of funding in securing the growth of companies such as Jospak.

The third eco-industrial parks network workshop was organised in connection with the two-day FRUSH event. FRUSH is an important event for the development of the industrial circular economy in Forssa. The event brings together businesses and operating models that use the circular economy across Finland.

FRUSH is aimed at everyone interested in the subject: expansionary companies, startups, financiers, municipalities, students and research institutes. The two-day event attracted over 300 visitors on its first day and around 200 visitors on the second day.

FRUSH was organised for the second time at Forssa’s Kehräämö. The event was organised by Häme University of Applied Sciences and Forssan Yrityskeskus Oy.