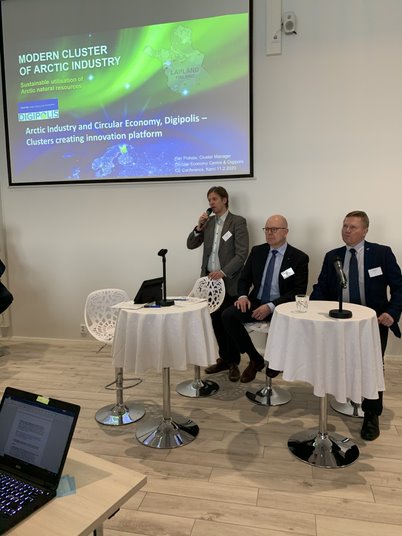 Senior officials of the European Commission and other participants from across Europe visited Kemi to learn about the region’s long-term circular economy cluster cooperation. Other EU regions now want to learn from this unique model of seamless cooperation, which was developed in Lapland under the leadership of Digipolis and in cooperation with the region’s large-scale industries, SMEs, and research and development organisations. Together with the European Commission, Digipolis, Sitra, and the City of Kemi, the Regional Council of Lapland organised a conference on clusters in circular economy in Kemi from 11 to 12 February 2020.

The Responsible Industry Leading the Sustainable Development on the Example of Industry Clusters Connecting Circular Economy Conference brought together not only regional representatives but also industry stakeholders and Commission’s senior officials to share their views on the circular economy and modern cluster activities. The objective of the foreign participants was to become acquainted with the currently most important European model region for circular economy in Sea Lapland.

“For example, we want to extend the life of products and avoid waste generation. Products are designed to last for two or three years, but should the consumer not be entitled to have the product repaired or recycled? All this must be changed. The new policy must permeate all policy areas,” explained Joanna Drake, Deputy Director-General of the European Commission’s Directorate-General for the Environment, in the Lapin Kansa newspaper. 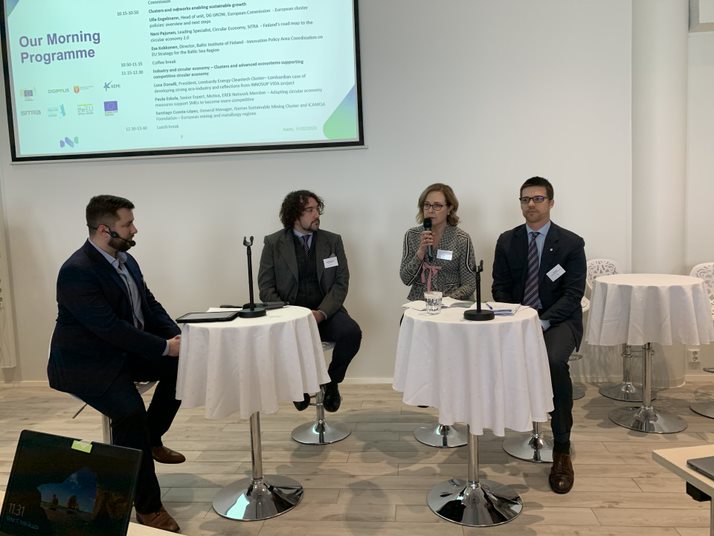 Presentations were also given on the topic of clusters and circular economy by Nani Pajunen, Leading Specialist at Sitra, Jari Voutilainen, Senior Vice President of Corporate Affairs at Metsä Group, and Juha Ylimaunu, Vice President of Sustainability and Environment at Outokumpu. On the second day of the conference, some of the participants had a chance to experience the value chains of the mining industry during a field trip to the Kemi mine and the Outokumpu steel mill.

On Tuesday evening, the Kemi conference announced a new major initiative to attract investors into circular economy (European Alliance for Cross-Industrial Circular Economy Investment). The objective of the alliance set up by Digipolis is to form a network where companies will have better opportunities for the development of circular economy. Both public and private sector operators from Europe will be invited to join the network. The purpose of this initiative is to improve the SMEs’ access to funding in the early stages of projects. 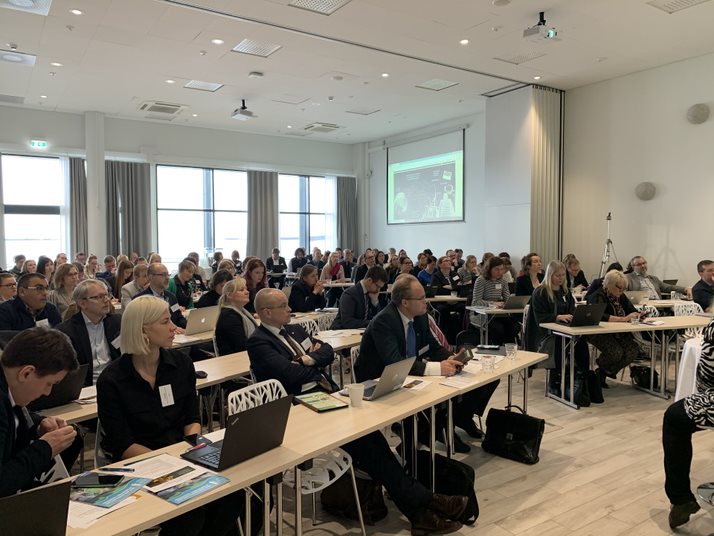