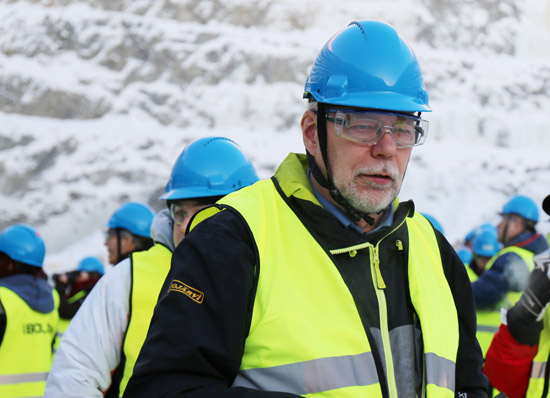 Digipolis expert team will be strengthened when geologist Jouko Pakarinen (63) signs on as senior advisor in circular economics and mining.
Pakarinen, who worked as chief geologist with Tapiojärvi Oy and Hannukainen Mining Oy, retired at the end of January 2018.

Pakarinen worked at Tapiojärvi for nine years and was involved in numerous projects during that time, most recently in the mining project in Hannukainen, Kolari.
After retiring, Pakarinen continues at Hannukainen Mining Oy's Board of Directors.