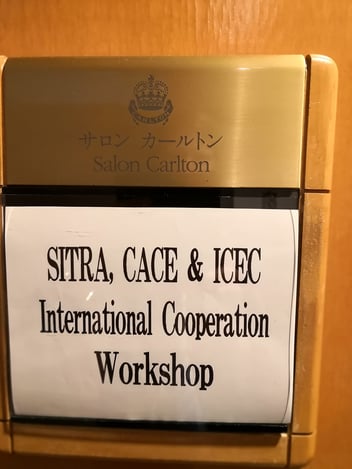 The World Circular Economy Forum 2018 showcased the world's best circular economy innovations and brought international decision-makers, companies and experts together in Yokohama, Japan, from 22 to 24 October. The key actors of the Circular Economy Centre, Digipolis and Lapland University of Applied Sciences, were also involved.

"Around 1,300 experts from 80 or so countries attended. My experiences tell me that we are at the forefront of development, internationally as well as in Finland. In international terms, we have gone a long way towards filling out our concept," sums up Kari Poikela, Centre Manager of the Circular Economy Centre.

The WCEF promotes international cooperation between businesses, policy-makers and experts, while helping to achieve the UN's sustainable development goals through the circular economy. Sitra was named the world's leading public-sector circular economy actor at the World Economic Forum in January 2018: with the help of the WCEF, Finland can play a major role in resolving global challenges.

“The message of the forum can be summarized by stating that the circular economy is viewed as the world’s sustainable growth engine, through which growth and prosperity will be decoupled from increasing use of natural resources. Finland can be a major actor in this development,” says Poikela.