A Great Opportunity for the SME Sector 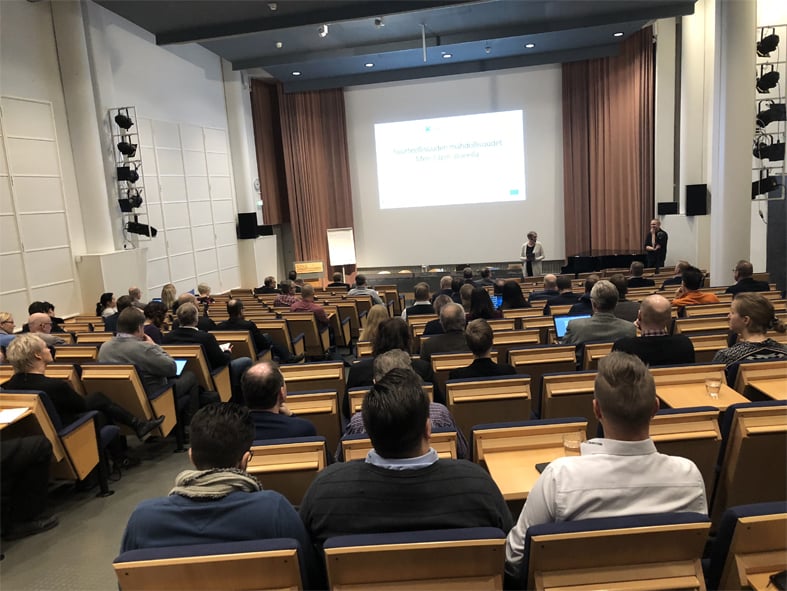 “Our region generates about two million tons of industry side streams per year, which means about 130 truckloads per day. This is a great opportunity for the SME sector to seek partnerships with major industry,” said Tero Nissinen, Mayor of Kemi, in his speech that opened the event “Suurteollisuuden mahdollisuudet elinkeinoelämälle Meri-Lapin alueella” on the opportunities that major industry offers to industrial life in the Sea Lapland region.

The event was a workshop organised by the City of Kemi, the City of Tornio and the Lapland Centre for Economic Development, Transport and the Environment. The purpose of the workshop was to increase dialogue between major industry operators, SMEs and public sector actors operating in the Sea Lapland region, and to identify and find solutions for the service needs of different operators. Due to its great popularity, the event had to be moved from Digipolis to the large

auditorium of the Kemi Cultural Centre. Nearly one hundred of the region’s influencers took part in the all-day event. The views of major industry on current possibilities and related acquisition practices were also presented during the event. Concrete examples included Outokumpu’s model for acquisition practices and the implementation methods of the Metsä Group’s biorefinery undertaking in Äänekoski, which is being carried out in collaboration with local businesses. The status report of the Metsä Group Polar King bioproduct plant raised particular interest. After the opening speeches, discussion went deeper into four different themes, one of which was the new business opportunities of the bio and circular economy.